Life before colonization in South Africa

Life before the 1800s used to be totally different from the one we are living today. Africa used to be a unique continent like any others in the entire world. Nobody depended on other people’s ideologies for transformation and better living conditions. Tribes had their own beliefs, culture, religions, and heritage. Africans knew where they belong and understood their standard of life.


Africans in the sub-Saharan, African, countries believed in ancestors and nature. They knew that when anyone of them got sick/ill they would go to the gardens and get some herbs. They depended on the natural creatures for health, food, etc. They would bow before their ancestors when they needed anything, be it luck, life, wealth, etc. Their dress code was unique and reflected their indigenous culture.


The arrival of the Whites (Europeans, Dutch, Russians, etc) in Africa (South Africa in this matter) changed everything completely. The ideologies they brought to the fore contributed to the abandonment and negligence of African’s indigenous cultures, norms, traditions beliefs and religions. One of the beliefs that came with colonizers is the white religion called ‘Christianity’. It is known and an undisputed fact that Africans believed in ancestors in the past and there was life, then whites came and made them believe that there is a God somewhere who holds, controls and guide human’s lives. 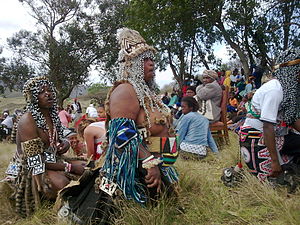 Today the same Christianity is divided because of contradictions and confusions. Those who introduced it to us persuaded us to stop believing in ancestors, saying they do not exist. Some churches still say Ancestors are there while others have completely abandoned that belief. A Bible was brought after Africans were taught how to read and write, it only existed in the Western countries before. Africans depended on their own harvest for a living.


Palliative treatments were used to convince the easy shaken Africans. Blaming the whites only would be a blunder. Africans have softened their hearts and followed everything new that was brought to them. None of them could see that these people came for certain benefits. Blacks can be associated with the word “followers”. It is easy for them to neglect anything indigenous to them and adopt the newly introduced things. 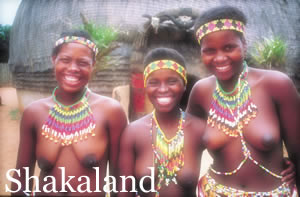 Arabs, in the North African countries, never abandoned what they believed in. They still believe in Allah (As their God) and Islamic religion. That religion has always been theirs forever. Hindus still believe in what they believed in, Jews never neglected their Jewish beliefs and Whites never gave up their Christianity but Africans (blacks) neglected their ancestral beliefs and continued the legacy of Christ.


I wish people would go back to the times of Shaka Zulu, and continue believing in what used to work for our fore fathers. Transformation shouldn’t affect our beliefs and leave us scattered in imperialists’ religions. Africa is for those who live in it...
Posted by Unknown at 8:15 AM